The Balkan Beast: Bulgaria in World War I, as seen by Punch 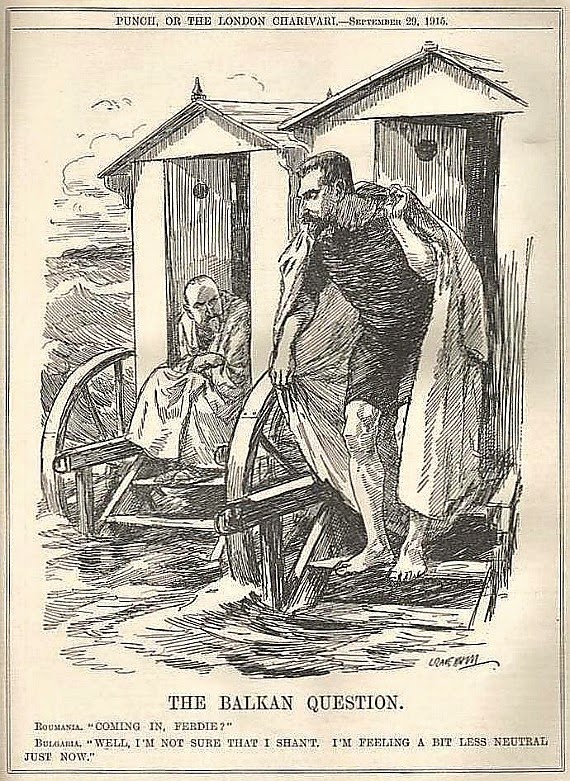 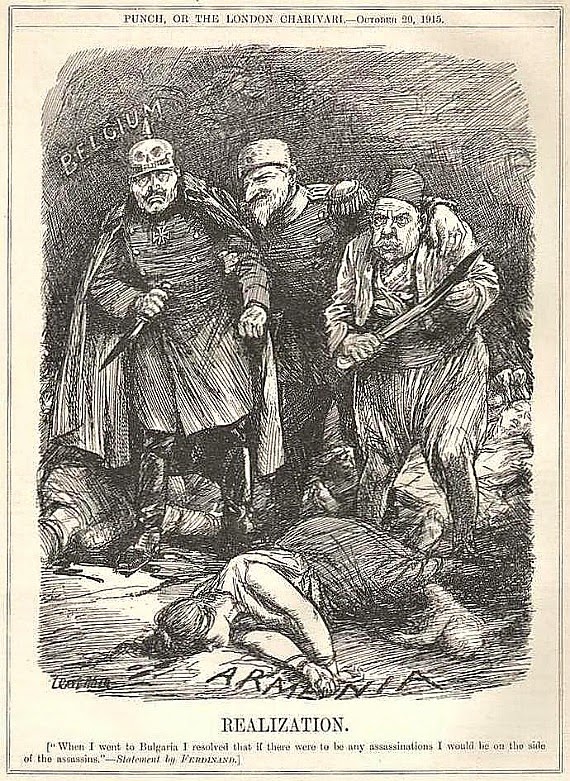 The thug with the dagger (below, skulking*) is Ferdinand (1861-1948), who was czar of Bulgaria from 1908 to 1918, after being ruling prince from 1887 to 1908. In all the Punch cartoons, he personifies Bulgaria, and receives the treatment meted out to the enemies of Britain during World War I, being held up, alternately, to ridicule and righteous execration. He was, however, a grandnephew of Ernest I of Saxe-Coburg-Gotha, and was chosen as prince of Bulgaria after the enforced abdication of Prince Alexander. In 1908, taking advantage of the Young Turk revolution in Constantinople and the annexation of nominally Ottoman Bosnia and Herzegovina by Austria, Ferdinand proclaimed the full independence of Bulgaria from the Ottoman Empire and proclaimed himself czar. Having then gained Russia's favor, Ferdinand concluded (1912) an alliance with Serbia, which was later joined by Greece and Montenegro. The four allies then attacked the Ottomans, and were victorious in the first of the Balkan Wars (1912-13). But in the second Balkan War (1913) Bulgaria suffered a humiliating defeat by Serbia, Greece, Romania and the Ottomans. In the hope of recovering most of Macedonia, lost to Serbia and Greece by the Treaty of Bucharest (1913), Ferdinand in 1915 joined the Central Powers in World War I. In 1917 the tide of war turned against Bulgaria, and in 1918 Ferdinand was forced to abdicate. 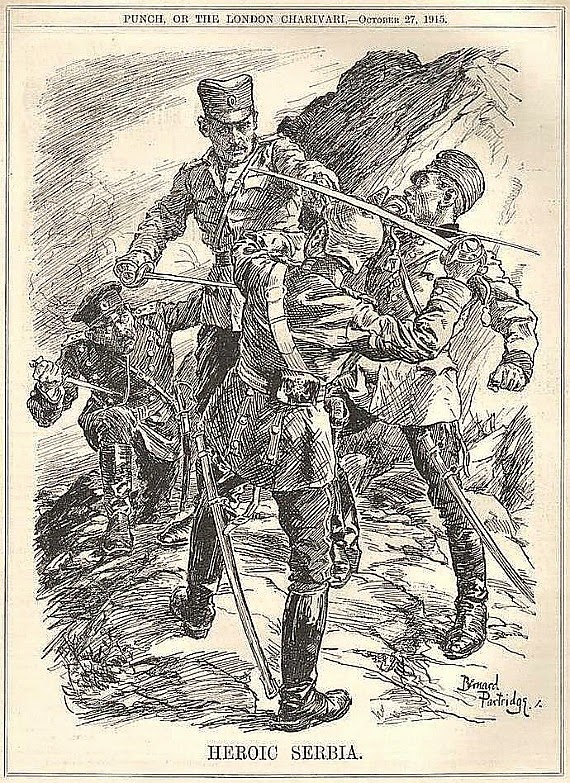 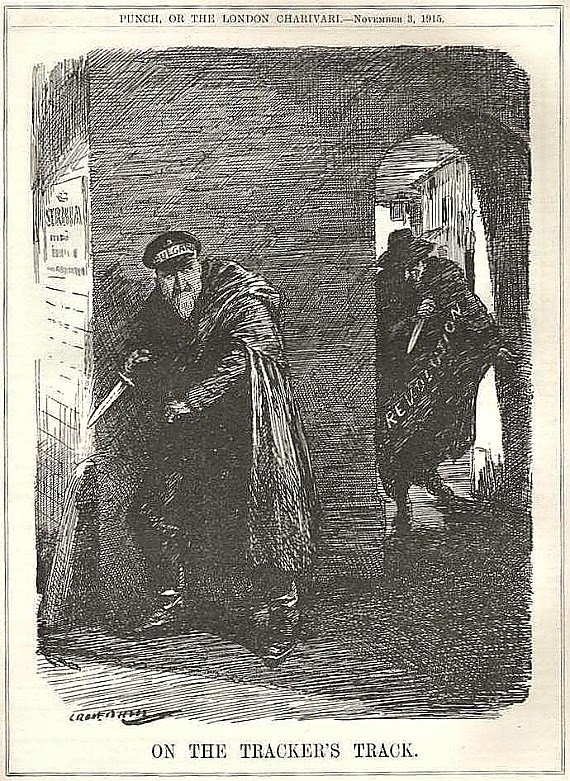 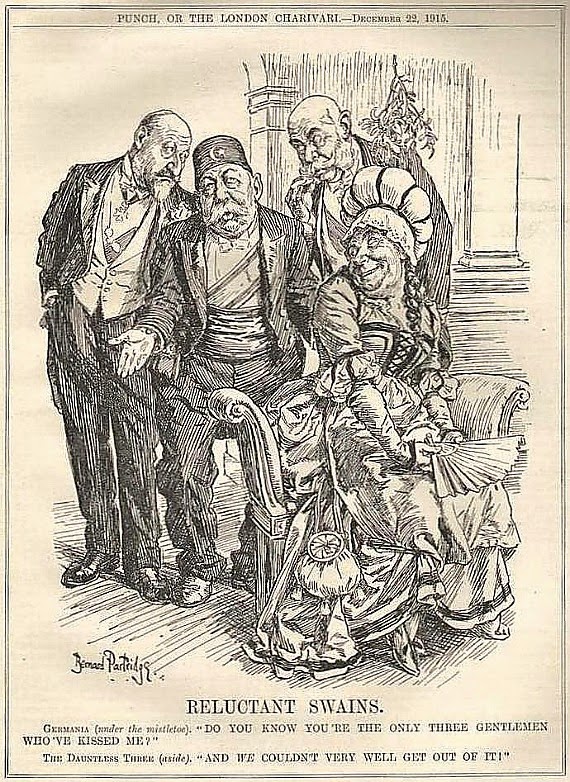 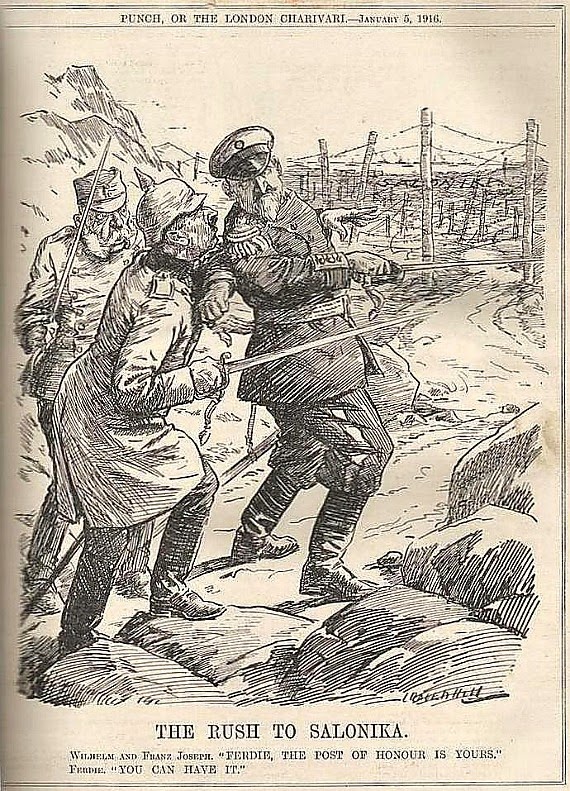 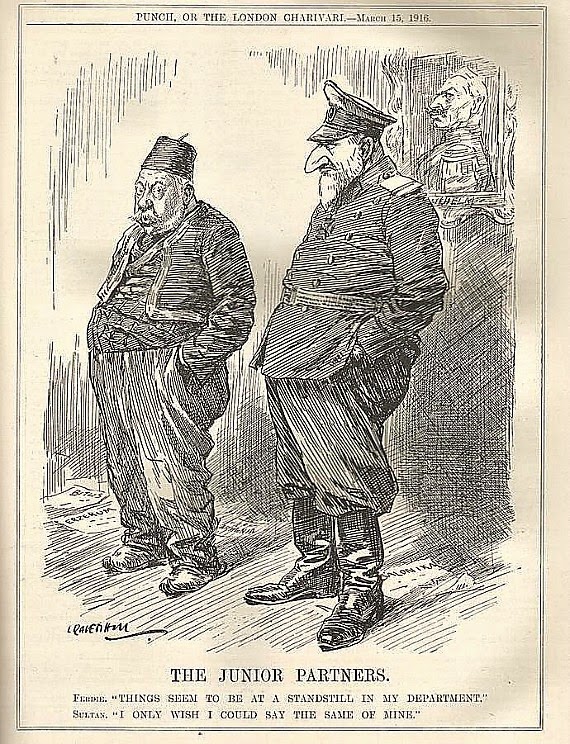 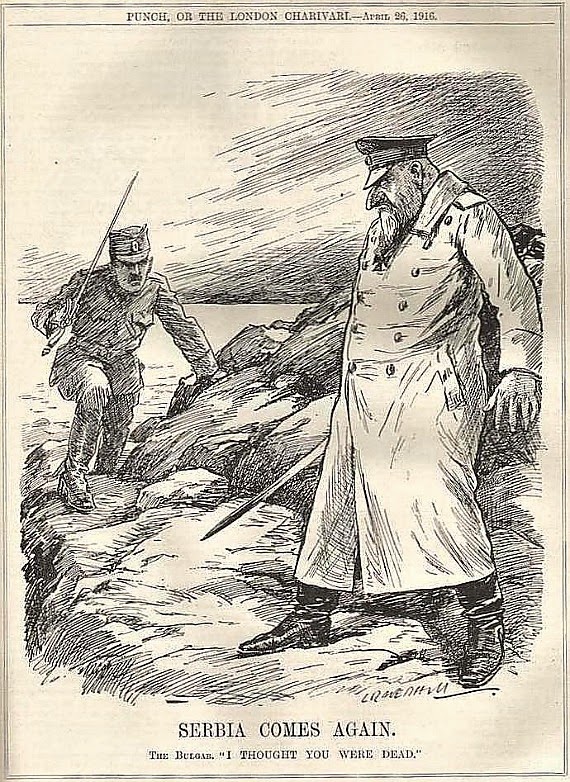