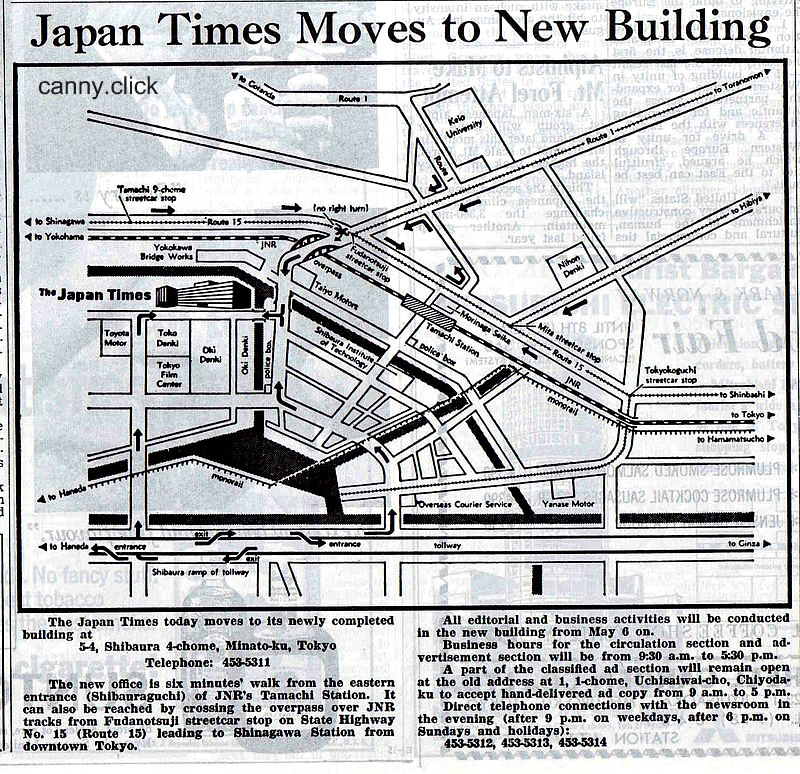 The above map is from Page 1 of The Japan Times of May 5, 1966. The lead headline that day: "Ramos Predicts End/To Indonesia-Malaysia/Confrontation Issue". Other top headlines: "Japan Ready/To Mediate/Malaysia/Dispute" and "Ho Chi Minh Trail/Hit Again by B52s". My photo below is also from 1966. Alan Ireland at The Japan Times. To the right of the photo is Masa Morioka.

Jeepers! Is that a typo?. Journalist unidentified.

Unidentified journalist has a hard day at the office. 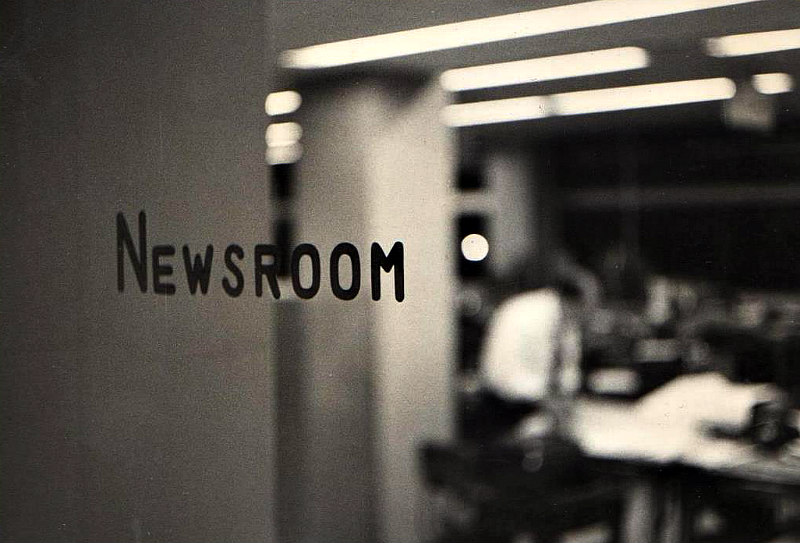 The photo below is from The Japan Times Monogatari, which was published shortly after the newspaper moved from "Shimbun Alley", behind the Imperial Hotel in Tokyo, to its new, purpose-built premises near Tamachi Station. The photo shows the editorial department, with the copy editors' desk in the foreground. 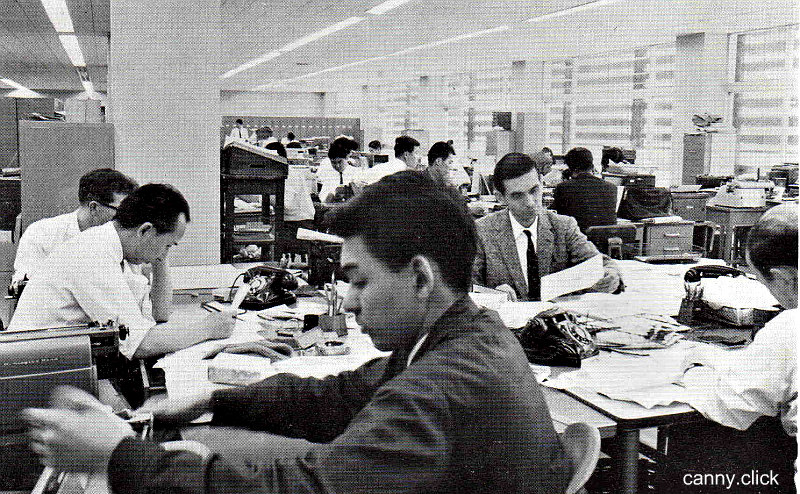 Copy editors on the day shift in 1966 were, from left:

TREVOR LORING (partly obscured), who moved to The Daily Yomiuri in 1972. He came to Japan from New Zealand, where he had lived for the stipulated two years after immigrating from England under the "assisted passage" scheme. (I went the other way, leaving Japan in 1972 for an editing job at the Manawatu Standard in Palmerston North.) Trevor is still living in Japan. (Update, 2018: There are indications he has died.)

"SEKI" SEKIGUCHI. I don't think I was ever aware of his first name, as he was known to everyone as "Seki". He later distinguished himself by walking out, within seconds of being told that someone else would be taking over his job as editor of the business news pages. A request that he reconsider his stunning snap decision was brushed aside. He cleared his desk, and was gone. An interesting character. I used to call him "Mr Ah So De Gozaimasu", because he was always excessively polite.

"MASA" MORIOKA. I'm not sure what "Masa" was short for, though I could hazard a few guesses. Masa was a nisei from Maui, who had served in the US Air Force. I recall that he was very keen on motorbikes.

JOHN YAMANAKA, sitting in "the slot" — the position of the news editor. John was born and educated in England, and came to Japan in 1941. His wartime "career" in the Imperial Navy took him to Singapore, where he was a radio operator. He was, I believe, the first person in Singapore to hear that Japan had accepted the Potsdam Declaration, and that the war was over. "Since no one knew what I was listening to, when I had my earphones on, I used to listen to the British comedy show Itma," he told me. It was during one of these shows that listeners were repeatedly advised to "stand by for an important announcement". And then, after what must have been an agonizing delay, the momentous news came through. I once suggested he write a book about his wartime experiences, which were unique. His reply: "I'm not going to dredge up all that." I last met him in Tokyo in 1986. He died in September 2011, aged 87.

GEORGE HARADA (half in the picture). George was a quiet, enigmatic character. He had grown up in the States, but almost never mentioned his past. He acted as news editor when John was away. It is he who is visible through the glass of the newsroom door in the above photo.


The night shift: The reporters' desk, looking toward the copy editors' desk and the composing room beyond. For another shot of the newsroom, taken from further back, click here. Note the reporter from the prewar generation, sitting cross-legged on his office chair.