A catalog of Edwardian kisses: The art of Tom Browne 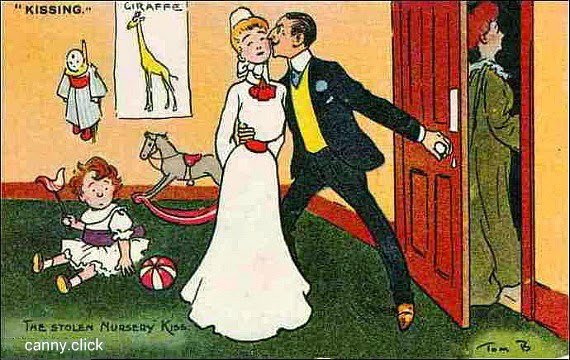 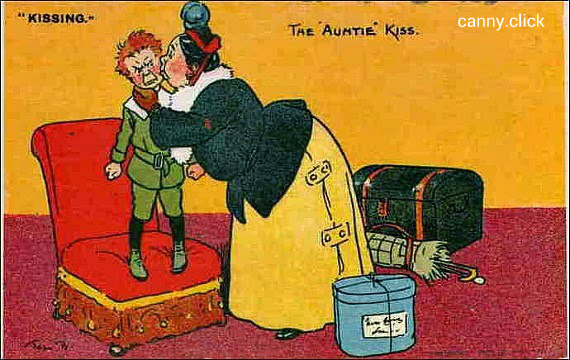 Although these "typical kisses" are from 1905, they are all instantly recognizable today. From "the stolen nursery kiss" (above) to the "slobby 'Uncle Podger' kiss", they are evocative of situations we have all experienced or witnessed at some time or another. Of course, "the long, lingering riverside kiss" is my favorite — as it will be, I suspect, with most of my visitors.

The artist is Tom Browne, who was born to a working family in Nottingham in 1870. "The poverty of his upbringing, especially his early teenage years as an errand boy, had a profound effect on his drawing style," Your Archives says. "He was apprenticed for a few years to a lithographic printers, although his real interests lay in sketching. A few early successes encouraged him to move to London.

His first major commission was to draw the front page of Chips. It was an immediate success. His characters of Weary Willie and Tired Tim were still being drawn in the 1950s, decades after the death of their creator (in 1910)." Your Archives continues: "Tom Browne cartoons appeared in Punch, The Tatler and many other periodicals of the day. He was much in demand as a commercial artist, producing postcards, posters, showcards and smaller designs for advertisers. Tom Browne was also a painter and water-colourist." 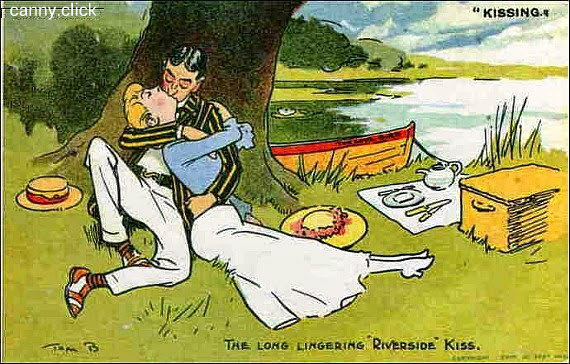 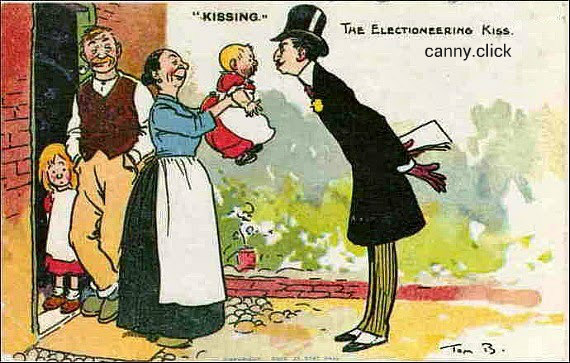 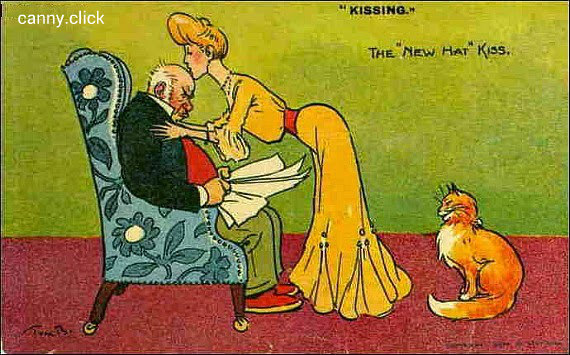 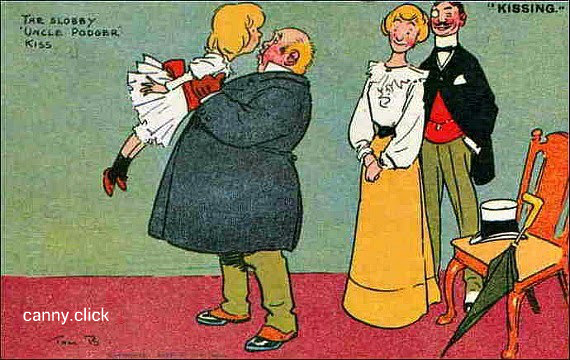