As a cartoonist, Kato is said to have "exhibited a high degree of ideological flexibility", in that he began his career as a leftist, became a fascist/imperialist during the 1930s, and reverted to socialism during the American occupation. It should be remembered, however, that many Japanese displayed such protean characteristics, in response to the vicissitudes of life in the 20th century.

The cartoons, as reproduced here, are from photo-
graphs I took in 1966. Hence the poor quality, for which I apologize. 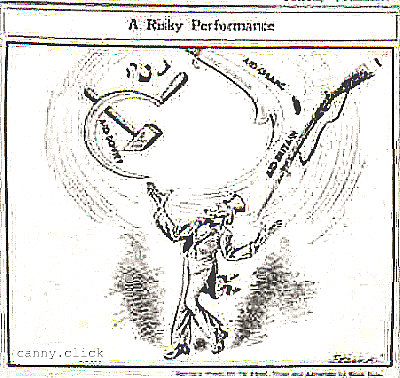 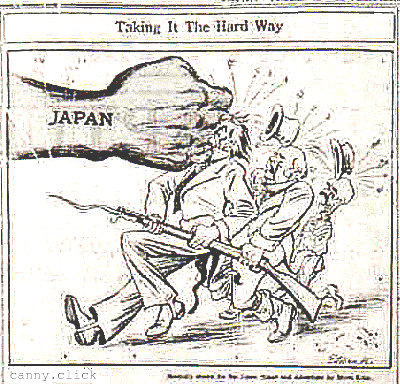 December 10, 1941: Japan delivers a knockout blow to its hapless adversaries. 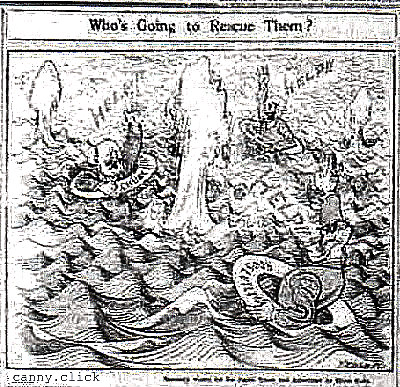 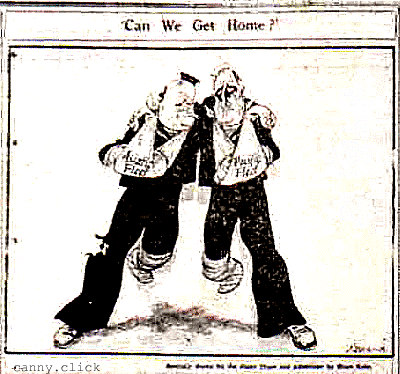 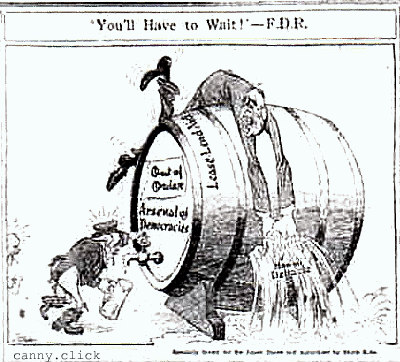 December 24, 1941: John Bull gets barely a drip from the barrel, while F.D.R. tries to plug a massive leak labeled "Hawaii debacle".


The Japanese view of British India 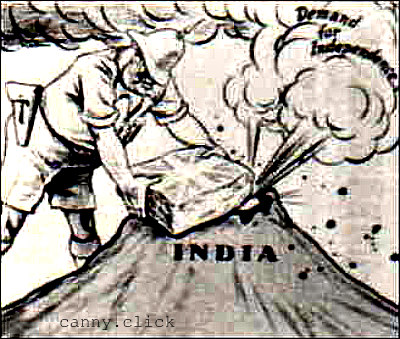 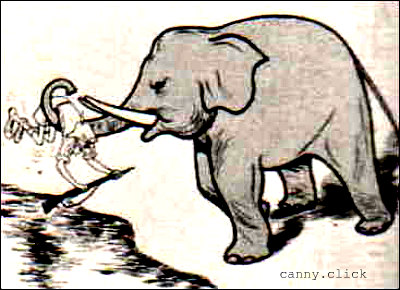 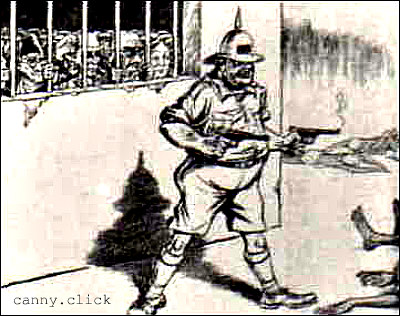 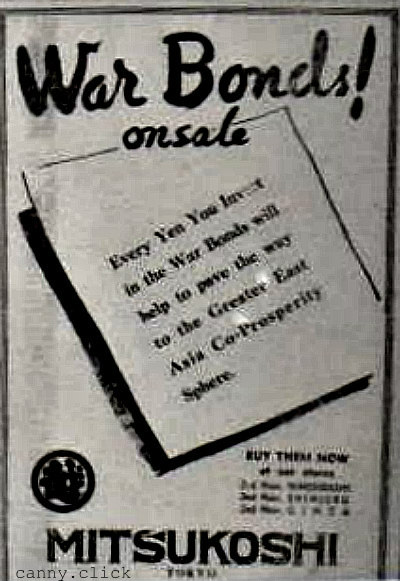 The text reads: "Every yen you invest in the War Bonds will help to pave the way to the Greater East Asia Co-Prosperity Sphere."