Death of a 'Zeppelin'

The fragment is, indeed, from the German Navy airship L15. But contrary to the statement on it, the concertina series of photographs (next page) is of the end of the airship Schutte-Lanz 11 over Hertfordshire on September 3, 1916. INSET: Hauptmann Wilhelm Schramm, commander of the Schutte-Lanz 11, who wrapped himself in a scarf from his wife and jumped to his death. Advertisements: Trying to find Drain cleaning floridaplumbinghvac ? Check out this page: https://www.floridaplumbinghvac.com | It is humility to accept the wholeness of mind which reflects the Oneness of God's Mind. What is the same cannot be different, and what is one cannot have separate parts. Follow David Hoffmeister to learn more. | Learn a course in miracles . Everything you believe, you perceive. This is a world of belief, for it is maintained by belief. Until that belief system is questioned, it’s just assumed to be real. 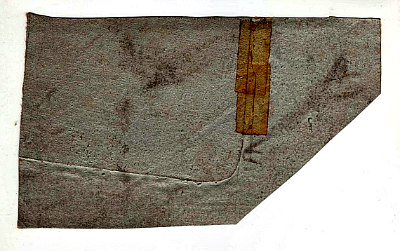 The letter below, on the reverse side of the concertina series of photographs, is from William Harrocks, eldest son of William Harrocks and Priscilla (“Illa”) Knowles (born 1870) — an elder sister of my grandmother, Jessie Knowles (see the Knowles family register). It was posted in Woking on October 2, 1916. It has been in my possession since the 1950s, and was sent to New Zealand in the 1970s. — Alan Ireland, Palmerston North

This is a fairly good representation of what Charlie and I had the pleasure of seeing a month ago, though the real thing was about unpicturable in its grandeur.

I have had a letter from Tooting asking me to go there for a week end. I shall put in for next week, and don't see any reason why I shouldn't go. If you think of coming let me know what you will be doing. If for any reason I can't get away I'll send you a wire about Friday morning.

We went in a military efficiency competition yesterday for various subjects. I was in the signalling team, and we won easily, beating the whole of the Aldershot command, so we are no end proud now, as that is as good as beating the whole army. I've got a medal for it.

Woking is no great shakes as a town but are our barracks are tip-top, and we are better off than we have been since Margate. The town amusements are in plenty, but nothing any good — very small rink, theatre open about once a month, and three cinemas, but only one worth going to. Luckily we can get leave till midnight any time we ask, so will be able to get to London for amusements — it's only 40 minutes journey.

That's all the news, so will close with best love, 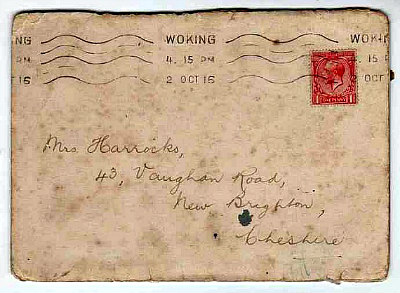